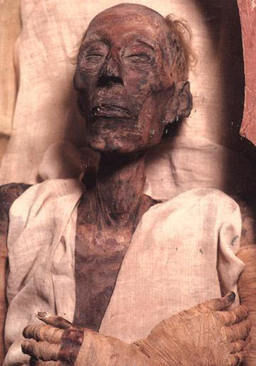 The significance of the FIRON in the Holy Quran is quite immense, much more than you think, and the best way to explain this by mentioning to you the concept of writing, think of a novelist who made it big in the world of writing , and you liked his or her work.. If you have well imagined a writer and his or her works then you may have also noticed that in every novel there are characters, consisting of both positive and negative attributes , and of course the same goes with Hollywood or Bollywood movies, a hero and villian. Everytime a novelists writes of a character the writers reflects his or her notions or even attributes.

The Firon and Allah are different ,yet their may be some similarities. We must not forget that the Firon was a king, and the Almighty too is a king. The Firon had a concept and that was that he would punish anyone who didn't consider him to be God, although the Firon was wrong to consider himself God, it no where mentions or outlines that what he did in this particular belief as something incorrect. Firons action were mainly incorrect because he was not GOD.

Allah will too punish the disbelievers, therefore FIRON is a reminder of multiple concepts hidden within Islam, we unfortunately only consider FIRON as only a reminder for associating partners with Allah. As with Firon , we notice the issue was that he considered himself and the Satan as a partner of Allah. However we ignore his other actions, which relate to the power, position , arrogance, ignorance, kingdom , FIRON held , these other aspects of the Firon , were where the average man too makes the same errors, the same blunders commonly committed by mankind. The common man only takes Firons single error of considering himself God, and therefore doesn't believe themselves to be similar nature. The existence of the FIRON within the Holy Quran is to make believers recollect what the Firon did with his disbelievers, he choked the disbeliever in the fire, and Firons deaths was symbol of what happens if you consider someone else God, the concept of following black magic , (shirk) included in this existence of the Firon. Firons ignorance and arrogance for his high status or position is too another mistake of the Firon, relates to the common man, may consider themselves as God or the ruler. Allah is GOD, and HE is the one who RULES, GOD almighty will serve a much severe punishment, a punishment with absolutely no death for the victim, hell is a place where one will not live nor die , the flesh and all internal organs will becomde ashes , and all these punishments will be experienced endlessly.

The Muslims who followed Islam, did their Salah too can be a victim of hell fire, if they didnt perform Salah on time, missed their prayers, etc... Yet with them theiir is some hope, a chance of intersection being granted period, and this intersection is after thousand years in hell will this intersection be granted, and only the final messenger will be able to do this. Some will curse themselves and wish that they'd turn to ashes. To their dissapointment they will only learn that this will never happen.


After examining the images of Firon's dead body, which a certain people may or may not have noticed , it's seems as though the Firon is gesturing Salah, he has crossed his arms in a similar manner as one would whilst being ready for prayer. Perhaps a reminder for those who will missed their prayer, or are misers like him.

loveydovey786 (September 29, 2016 at 11:05pm)
Allah MAY BE doing something about present day Firon but it's NOT like it's going to be mentioned EVERY SINGLE TIME HE DOES THAT.

whoz-yo-daddy (September 29, 2016 at 7:16pm)
How come the "GOD' is not taking care of present day Firon? Why all the "good" and just things happened in the past and not in present? Never understood that logic.