Is It a Dead End Relationship? 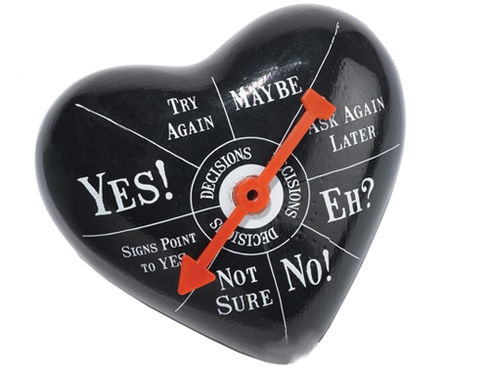 I've been on and off with a guy for almost two years. He's a Christian. We met through mutual friends and had an instant connection but things got steamier overtime. I didn't want to be too emotionally involved with him so I told him we had to part ways. He would still check up on me every now and then. It's been a few months since we've been seeing each other again. We are not in a relationship because of our faiths. He asked me to convert, I'm liberal in my ways but I carry Islam close to my heart. So I explained it to him. He feels strong about his faith as well. Neither of us is willing to give up our faiths. Every time we call it quits and no more seeing each other, it doesn't work.

Every time we go out we have a great time together. I don't feel that way with any other man. I know of a lot of women who also fancy him. He can be a womanizer at times which I don't feel comfortable about but I also understand he's single so it's okay for him meet other women. Because we both understand we can't be together, we've both been dating and meeting other people.

His parents are on his case to get married. Every time I see him, he brings it up. It's difficult to picture him being married to another woman. We don't end up in a pleasant situation towards the end of every discussion. According to him, he's looking for another me in Christian faith but he doesn't like the girls or is not attracted to them. I feel I've missed out on some great men in the past and am still wasting my time because I have strong feelings for him.

He took me out for Christmas Eve. When I inquired if he cares about me, his answer was it means something if he's out with me on Christmas Eve. He was supposed to spend time with family and they arranged a dinner. Instead, he chose to take me out to dinner.

I don’t know what to do or how to get over him and vice versa. I've tried very hard to cut him off but he keeps coming back. Is there any way to make this work or put an end to this for good? Most of you will probably criticize me but to be really honest I've been shattered by this situation. Before you respond please, put yourselves in my shoes and tell me what would you do?

Note: Naseeb Members can send us the questions they want to ask on rida.fazal@naseebnetworks.com. We will post these questions for discussion on Naseeb. Identity of the user posting the question will be kept confidential, unless mentioned otherwise.

Babak (December 30, 2010 at 2:00am)
It shouldn't make a difference .. it may be a hypothetical scenario in this case, still it's worth responding to as though its real ... for the benefit of a potential reader who might actually be in a similar situation.

G0T50NIT (December 28, 2010 at 7:30pm)
only desis date without sex. cuz only a desi guy would buy that whole 'i dont have sex before marriage' excuses you girls throw out. none of those white boys you drool over would put up with it. he will just ditch you for something easier.

date without sex??? ( i would say something buh den i think im ma hold my peace) hehehe...

secsea_love (December 27, 2010 at 11:55pm)
hahahahah lol true trueee.. soo check this out..this black girl.. came outta no where.. and grabbed the coat that i was holding(for my self) she tried running away with it!!!!!.. WDF was she thinking? anyhow i grabed her arm n said STOP!!! i grabbed the coat back!! i go are you blind? did you not see me holding the coat? she didnt say anything!!!!. im sure she felt stupid!!! ..!! anyhow dat was my boxing dayyyyy!!!! i soo wanted to cuss her off .. but my mom was with me lol.. cause of that stupid girl my nail broke!!!:( now i have to wait for it to grow soo i can make them look pretty for new years:)

frigging goras...always biatching about not having any money and yet the shops are packed with them lol.

how you doing darling?

secsea_love (December 27, 2010 at 11:17pm)
hahahahaha FON.. me tooooooo im getting pisssed now!! i mean shittt WHO GIVES A SHIT IF SHE DID IT OR DIDNT... the topic does not talk about that... i mean help the girl out with some goood advice.. and be niceee!!!!

force_of_nature (December 27, 2010 at 11:11pm)
SECSEA yaari i would eff off, if i didnt keep getting the frigging alerts with the lecture comments lol :-p