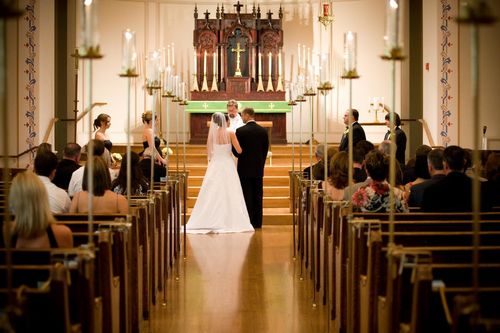 Although most westerners have nothing to do with religion , they still happen to get married in a church. However we desi people either belonging to an Indian or Pakistani background decide to have quite lavish and distant from religious roots sort of wedding. The entire day of the bride is consumed in becoming and looking perfect for the photographers or the wedding night. Things just don't end their, once then bride and groom arrive home, their are possible traditions to follows, I got married into a memon family my mother in law asked me to pick up rice from both my hands and release them on a tray.. I did as asked , however could not sense the logic in doing so... I know of some Hindu traditions where wife has to dip her toes in some red liquid and stain the ground with her toes, or perhaps the bride has to throw rice over her shoulder as she leaves her parental home.

Once the bride and groom enter their room, the milk is somewhere waiting for you to be drank, it is generally believed that the drinking of milk is symbolic of bathing and living a life of either comfort or perhaps even luxury. In the morning the brides parents arrive with the breakfast , wow, who knows when exactly the newly Wedded couple slept, usually it's very late at night , I recollect having just slept ... Many hours had passed even my urge to sleep had passed away... I recollect that it was almost morning and time to do my morning prayer .... My in laws had to wake us up, and Me and my husband were quite sleepy and absent minded to say much upon their arrival. A few hours later I had to leave and get ready to visit my parents, not that I didn't want to, yet my husband had taken four days off from work.

Most of the Indian and Pakistani weddings are actually based on symbolic cultural traditions, yet furthering away from a religious motive. However we Asian people follow all the senseless traditions made by our ancestor which weren't even Muslim, or perhaps imitated by a Bollywood movie. Perhaps it would have been better if we imitated the west , let say ideally the beloved prophet for marrying in a religious monument , with the expression of true grounds of marriage. We must notice that many westerners who don't follow religion, even atheist have not changed their ways with regards to marriage , and maintained so, maybe we should too.

americanheart (January 7, 2017 at 9:55am)
I wish parents on both sides just stay away from the wedding and later married life of couples and also fixing marraiges!

Adventures81 (November 23, 2016 at 11:33am)
How did you come to the conclusion that most westerners have nothing to do with religion?