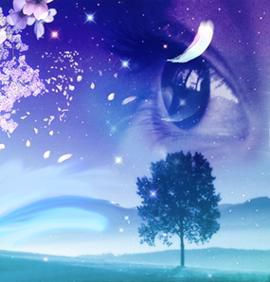 Sometimes we see images in our dreams which are somewhat related to either what was discussed (in the house or at work), and at other times we could see images within our dream which were in some way or another related to what we either saw or had thought of during the day, whilst at other times neither of these could be the case.

Being on matrimonial websites, I have been in between finding someone and not finding someone. Amongst my family members, there was a discussion on returning back to London, and it was during the discussion I began to think of the proposals which could be right for me and whether my trip to London would be a life changing experience or not.

In my dream I saw myself flying (on board) to another destination. As the plane took off, I stood up from my seat and walked towards my mother and insisted that my mother take my ring out from her hand bag. My mother asked me why I want my ring so urgently, but being stiff on my decision I compelled my mother to take my ring out of her hand bag. As she took the ring out from her hand bag using her index finger and her thumb, she didn't hand it to me, rather dropped the ring onto the center of her palm. The ring was lying on her hand, open for me to view it. I stood there amazed and said “Is that the gold ring? no, it could not be, its fading color" I pointed at the gray patches on the ring and told her that she had been cheated as the ring was changing color and would blacken.

As I lifted the ring from her hand, I noticed the ring had no weight at all, nothing compared to what one would expect from a genuine gold ring. However despite its defects I wore the ring on the engagement finger, and went back to where I was seated. I spent almost the entire journey complaining about the ring, how it didn't have the sparkle or shine that a gold ring ought to have. Before landing, the ring had turned black and a voice from behind cried, "If you had waited to wear the ring, such a thing would not have happened, look what you have done."

What should such a dream foretell, or am I being too suspicious on what I saw?

Note: Naseeb Members can send us the questions they want to ask on rida.fazal@naseebnetworks.com. We will post these questions for discussion on Naseeb. Identity of the user posting the question will be kept confidential, unless SPECIFICALLY mentioned otherwise.

MahekChahek (January 24, 2011 at 4:50pm)
Ok, I'm little confused here. I just checked couple of profiles. Why do I see just the social side of the profile how do I know their destiny?

ziryab (January 24, 2011 at 1:44pm)
How is it that my dreams are always fragmented and when I wake up I either dont remember them or the fragments shatter into more fragments. My IQ / EQ must really be on the lower side because I've never had such a complex dream.

And , Pakistan is out of eligible men that one has to go to wilayat to get married ?

jeeze as if these 'ask naseeb' dilemmas could get any lamer and more to the point some of you have actually taken it seriously lol.

Samuraii (January 24, 2011 at 10:27am)
DYRM..you have started doing "Troubleshooting " on her dream... Add one Qs from me: Possible if we can re create the scenario? would prefer in lab

Sky_Walker_ (January 24, 2011 at 4:39am)
somewhat sees like that you want to take charge of the situation, yet there is an inherent fear and uncertainty associated with the matter (naturally). maybe you are ready to jump the gun somehow and a certain part of your subconsciousness is screaming otherwise?

just my 2 cents worth.