What makes matrimonial websites a big no, no 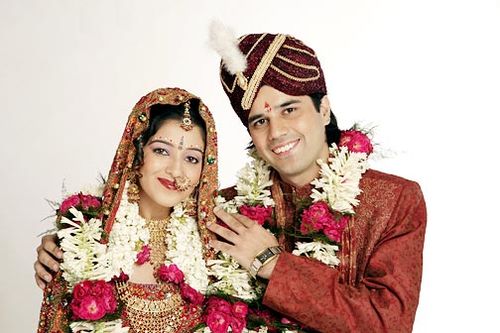 what makes finding a partner on websites so wrong


So here I am writing from past experiences, so here goes.


Most of you out there who seriously want a life partner , would never whole heartedly join a matrimonial website . The heart first wants to find someone the natural way, either at university or work and for the other slightly more advanced types might want meet that someone in a special occasion , like a wedding , party or a sports event . The second option is either to marry a distant relative or marry through a recommendation, perhaps in other cases marrying a distant relative happens to be just third option. Therefore even the most genuine people only think of registering when the natural things are not happening , and when nobody has either recommended them or the distant relatives are just not their type , it is then when people, actually enter the search mode . We must understand that it is only maximum 25% heartedly the genuine sorts actually sit on the boat that leads to just finding someone out of the blue.

Single attractive , well established and decent men have many young attractive women back home in Pakistan looking up to them , and they will just be happy to tie a knot with even someone fifteen years older . Parents even in modern cities either don't seem to object. Women however in the same boat though could still be struggling , many men just don't have the nerve to approach women ahead of them . Women ahead of men cause men to question in their minds whether the lady their interested in would adjust or even respect them as partners , thus the interested end up looking elsewhere .

In a rare situation , however I cannot think of which , where a decent woman would find a desirable match on a matrimonial website . I would advise women to think one thing , and that is compromise ... It's not easy to compromise , I know , a wise and mature woman would perhaps learn how to do it. The best compromise related to external matters such as , face, age and past marital status . Second compromise is the educational , professional and third is the man 's personality , and that is who he is within , personality is the person you are , and this relates to whether a man is pious, honest , trustworthy etc. The most inappropriate compromise , is when we ignore the personality for the sake of position. If a woman is ahead of her man, she is quite fortunate , she could marry for the sake of true love , or even righteousness , let the younger , money minded beauties go for status and other fictitious things . If the Almighty has given you more, then you have a good chance to marry Mr right , irrespective of his financial or marital status , remember a decent man could have tragedies of either being not rich or being once married before to miss wrong.

It is true decent men who do come across decent types on sites , often wonder what is such a woman doing in the search mode, did she make a mistake of getting close to someone outside the circle of marriage , or is this a divorcee or a widowed woman with a tragic past . This is perhaps another reason why matrimonial websites are not the ultimate place to go. When your too good, or good enough , something always seems fishy to the partner who is interested , this something fishy remains throughout the conversation. I say this because I asked my husband , whom I found through a matrimonial website , whether he had any concerns regarding my past, his reply was " I thought you made a mistake , and thought perhaps it was a little one as you sounded so innocent ." It somewhat shocked and disappointed me, and left me speechless for a moment . My in laws whom never expressed their weariness had too the same concern , yet there is another downside. Irrespective of carrying piety, in laws and husband always considers as though they have done the lady of the matrimonial website some sort of favor . It was not until I told my husband that there were two people interested , and showed evidence for this was when the belief did not come to an end. Fortunately it lead my husband to being somewhat insecure about himself , and caused him to begin to think that if he didn't care , perhaps she'll go. I am to ask what if there was a lady not as fortunate as myself ? I registered on matrimonial sites despite having two people interested ? I am not to explain why I didn't marry either one . The most final reason why finding someone through a matrimonial site is wrong is that you simply don't know who the family is... Two people communicating , getting minds meet, but what about the parents ? If a woman marries a distant relative she at least knows the background , parents could even solve issues , but if parents don't know one another , then they won't intervene if things go wrong , talking and discussing things through , solving issues , is much easier if there are blood ties, and not without . It's only when the conversation gets deep enough is when parents of matrimonial websites members get involved , not in a sense to take their opinion , but rather to inform them. It seems like there is a flower garland dangling from the necks of a couple , where all the parents got to do is put there hand over their heads and bless them .
The woman cannot say to the guy she's communicating with I want parents to get to know each other , the guy says let us know each other first...I have never known this happen to anyone , nor myself who has tried before several times , and perhaps it won't ever work with any man. Its difficult to argue , before marriage if your a woman , if you argue , it looks like , as though you are madly wanting to tie the knot with just anyone, and anytime . A man thinks she's struggling to find someone so she's thinking this way, the man doesn't realize is that she's thinking that she would have to live with the rest of the family members too, and not just him only . The man istrongly believes sees and everyone he's related as someone super positive , ' best mom In the world " sort of logic , and therefore the man who's interested in the woman decides to just give information to his parents when decisions are made. In a situation like this he ends up believing and thinking " I will live with her, and I will see to it when things go wrong." This however doesn't happen , elders are elders , they are the well experienced in marriage matters and have better understanding of people, and life in general. This is exactly where things go wrong , first it is the lack of respect for the woman's desire to get to know the family , and then of course the man later carelessly and somewhat selfishly ends up disrespecting is own parents too for not giving them enough importance to show their thoughts and opinions on her .
Most men are not ready to bring parents in the beginning , and if they don't , it's a big no, no, the best way to judge a man is to see how he is with the parents .