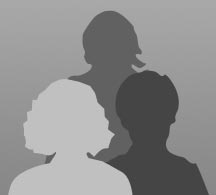 Are You sure you want to unsubscribe?YesNo

Why do people need to smoke sheesha? Clearly it is very bad for you and smoking it just because it looks 'cool' or beacuse everyone else is doing it is just plain old Dumb. This village is for people against sheesha.
Category: Defence & StrategicsType: Approval of moderator


If you mention you came and heard it from this journal, Ill tell them to give you a discount =P


So I have never smoked sheesha.
What other activites would you suggest?
What about my little bro I want him and his friends to go other places.

ronin can u stop being lazy and put up a village picture. preferably of someone smoking sheesha with a big fat X across the picture. thanks.
August 12, 2005 at 1:52pm

SATURDAY, Dec. 4 (HealthDayNews) -- The practice of smoking tobacco through elaborate water pipes called hookahs emerged centuries ago, in the palaces and harems of the Middle East. But experts say hookahs are now almost as popular in Denver as they are in Damascus, with the current fad for water-pipe use growing among U.S. college students.

Many young Americans may be attracted to hookahs because they believe smoke that passes through water is somehow filtered and safer, experts add.

"The data we have clearly shows that carbon monoxide is present in large amounts in smoke from water pipes, as is nicotine and the compounds we call 'tar,' " said Thomas Eissenberg, a researcher at the Institute for Drug and Alcohol Studies at Virginia Commonwealth University.

"In fact, carcinogen exposure in hookah smoke is equal to, or more than, that found in cigarettes," said Eissenberg, who has published research on the health dangers of the hookah fad in numerous medical journals.

The hookah, also called nargile, is comprised of four parts -- the head, where burning charcoal heats a bed of tobacco; the body, through which inhaled smoke is drawn into the third section, a water-filled bowl at the hookah's base, and the hose, a flexible pipe through which the user inhales the smoke after it has bubbled through the water.

"What you get, then, is smoke that has been cooled by the water," Eissenberg said. Hookah use is, by its nature, a very social act, with groups of users often sharing the same pipe.

"Water pipes have been around for centuries, but it looks like they are making a real comeback," Eissenberg said. "They're making a new appearance in the U.S., but they're also coming back in the Middle East. They've also shown up in Germany and Brazil, and in Thailand -- where they were recently outlawed."

The exact number of water-pipe users in America remains unknown, he said, but new users typically discover hookahs in local Middle Eastern restaurants or bars, where they can be rented for short-term use.

"Then later they might say, 'Hey, this would be cool for me to have in my dorm,' and go to the Internet and buy one. They aren't expensive," Eissenberg said.

"The upsurge in use of water pipes, here and in the Middle East, is highly correlated with the mass-production of these sweetened and flavored tobaccos," Eissenberg said.

He stressed that the U.S. hookah fad isn't restricted to fringe populations in cities such as New York or San Francisco. "Washington state, Louisiana, Tennessee, here in Virginia -- it's popping up everywhere," he said.

While cigarette use has largely fallen out of favor with the college crowd, the exotic allure of hookahs -- and the misperception that hookah smoke is filtered and safer -- may be driving the trend.

Legal restrictions might be in order, too, he said. "I suspect that we need to discourage the renting of water pipes, especially to underage individuals. They should be controlled in the same way that cigarettes are controlled."

The real danger, according to Eissenberg, is that hookahs may be getting many young, new users hooked on nicotine.

"Water pipes aren't convenient to use," Eissenberg pointed out. "So if somebody begins to find a water pipe and tobacco pleasurable, but they don't have a lot of time, what are they going to do? They're going to pick up cigarettes. So hookahs are, unfortunately, a potential gateway to smoking for young adults, and we certainly don't need a new gateway to tobacco use."

"I've seen no data to support that. They're really rolling the dice when it comes to their health," he said.

Even if hookah smoke was somehow filtered, it probably wouldn't make any difference in terms of the actual amount of carcinogens inhaled per puff, Edelman said.

Eissenberg agreed, adding that the time is now to nip the hookah craze in the bud.

"We don't want to get caught by surprise," he said. "I think we need to be vigilant when it comes to any new tobacco use method that comes into vogue."


Why do you hate sheeshas and sheesha smokers?